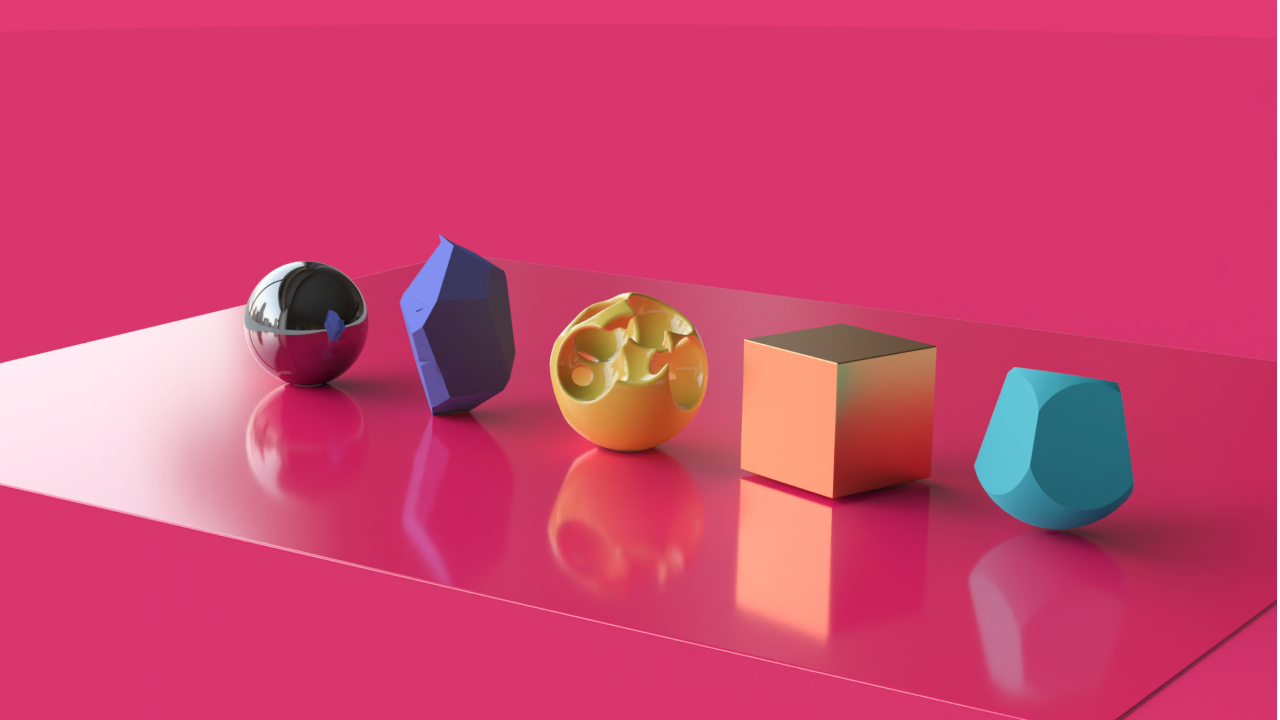 3D design is an exciting field to explore as a hobby, and a great skill to add to your design toolkit. As you begin learning and exploring the 3D world, knowing the vocabulary will be essential. 3D design uniquely combines math, science, and art, so there are probably some terms that you’re unfamiliar with. If you’re watching tutorials or reading forums about 3D design, you’ll come across some phrases and concepts that you’re unfamiliar with.

In this post, we’ll explain 7 common 3D design terms that will be important for your learning journey. Understanding the common terms will also help you communicate with the people you’re working with, and help you understand tutorials.

Most 3D software uses a scene as the primary workspace. The scene is where the various objects are found. For example, a scene could be a living room, containing a 3D couch, table, and chairs. 3D scenes can include environment settings like ambient light and fog. Scenes include an object graph with all the data in the scene. The scene makes the objects appear similarly to how we see them in the physical world.

Mesh is another simple term commonly used in 3D modeling. Mesh refers to a 3D object that consists of tiny triangular polygons. These polygons are a collection of vertices, edges, and faces that form the shape of a 3D object. The complexity refers to the number of polygons that make up the whole mesh. If the mesh has a lot of polygons, the software performance and rendering are bad, but fewer polygons will improve performance and rendering.

3D material refers to the visual properties of an object’s surface. Changing the object's material will change the color, or shininess to make the model more realistic. You can use multiple materials on a single model to add visual aspects to your 3D character or avatar. Our 3D design platform and libraries allow you to use a variety of materials and textures. Typically a texture is just that: an image that’s applied as part of a material. This can help you create realistic 3D models.

A scene references its objects using a directed graph, or hierarchy. The hierarchy is a collection of nodes in a graph or tree structure. Within that hierarchy, some nodes are simply containers while others include elements of a scene like geometries, lights, cameras, or other elements like particle generators. The node hierarchy helps designers structure a complex 3D world with multiple objects, like a character riding a horse in the rain. Even when you’re importing or exporting single objects, the formats dictate that a scene exists at the “root” of the node hierarchy.

If you’re new to 3D design, you’ve probably never heard of NURBS before. That’s okay, it’s not terribly difficult to understand. The acronym NURBS refers to a mathematical model that’s used for producing and representing curves and surfaces in 3D modeling.
NURBS allows designers to easily manipulate the curvature and the smoothness of contours. The model offers great flexibility and precision for handling analytic and modeled shapes. With NURBS models, the curves maintain the object’s perfect shape, no matter how much the 3D model is magnified. The curves are defined by a few control points, and an algorithm recalculates the curves each time the 3D model is resized. NURBS can be handled by computer programs while also allowing for human interaction. They can represent easy geometrical shapes in a compact form.

Beveling is another term used in 3D modeling that every designer should be familiar with. The term is concerned with the natural look and appearance of a 3D model design. Beveling can be used to turn a 2D object into a 3D object or turn 2D text into 3D text. This is done by altering the brightness of certain parts of the object, and it gives the model a realistic look.

Take a look at this example of beveling:

If you look close, you can see that the circle and square are the same sizes. The beveling effect simply added brightness and shadows to give the object the 3D look.

You’re probably more familiar with sculpting. 3D sculpting has a similar meaning as sculpting physical materials like clay. Only here, we’re approaching it from a modeling perspective.

3D sculpting simply refers to a situation in which an artist makes a 3D object on a computer screen using digital clay or 3D clay. Instead of resizing and combining shapes, the designer creates great 3D models by molding and shaping a block of digital clay. The 3D process uses software and tools that stretch, pull, and push the digital material, allowing designers to sculpt any object right on their computer screen.

Womp allows you to sculpt digital clay from scratch or even from a base model. The most amazing thing is that the software uses sophisticated calculations that enable you to create detailed meshes of polygons that act as real clay.

How to Make 3D Icons

Use 3D Creations to Build Your Design Portfolio 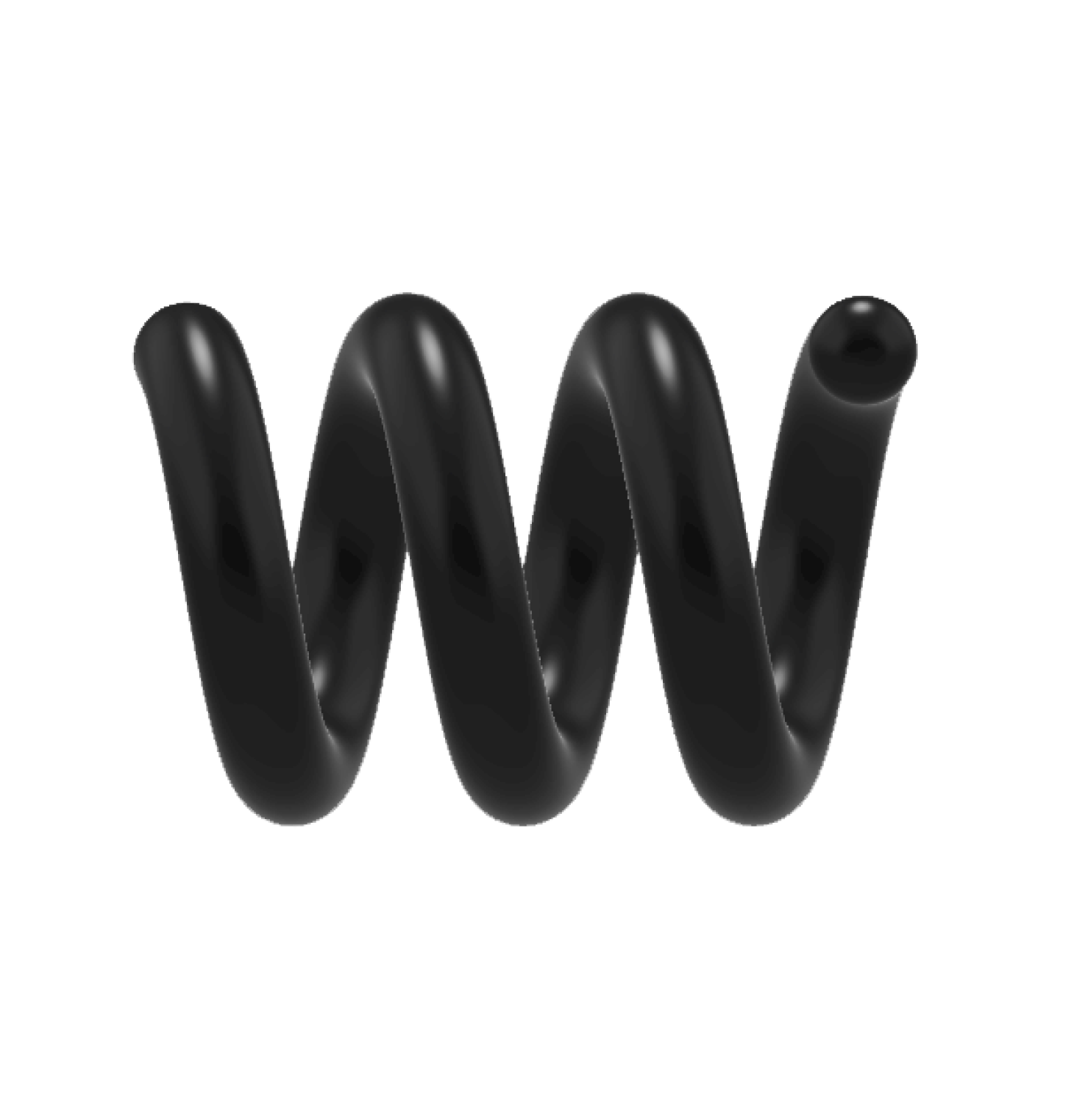 Thank you! Your submission has been received!
Oops! Something went wrong while submitting the form.
On Air